Here are the two Randys in 2002, at the
home of the older Randy and his wife
Barbara in Arlington, Virginia, USA 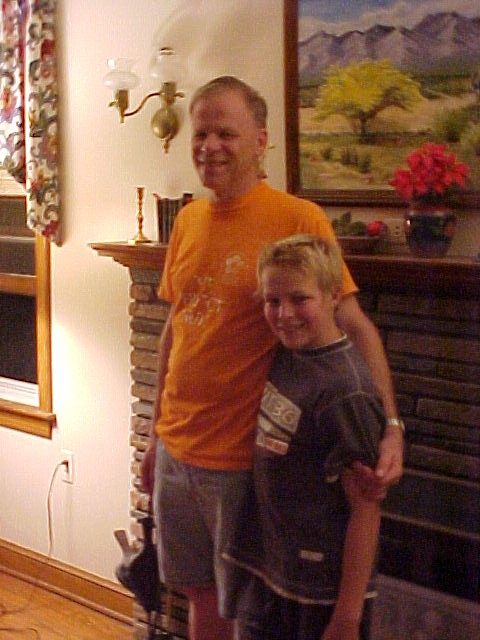 And the same two Randys during
their first visit in 1998. 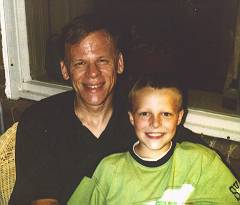 This time Randy's grandparents came too.
On the left is Jerry (Gerald) Swart from Fairfax,
Virginia, USA, talking with Jerry (Gerard, or formally
Gerrit) Swart from De Meern (near Utrecht), Netherlands. 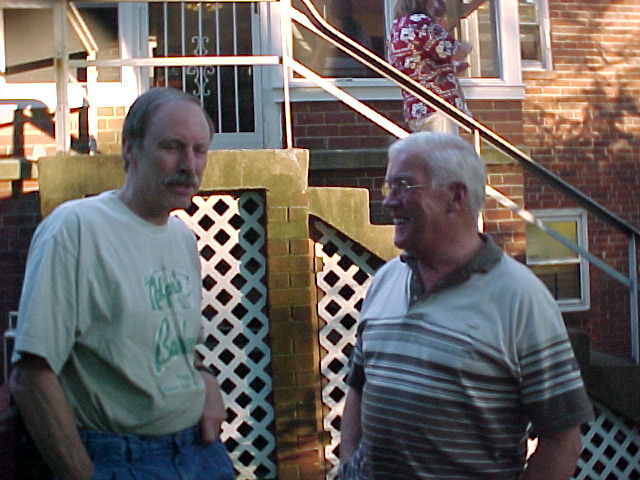 And here is Joke (yo'-kah) Swart, Gerard's
wife of 41 years, at a baseball game. Behind her
are Randy's mother, Marian Swart from De Meern,
and his grandfather Gerry, wearing a Martin Guitars hat. 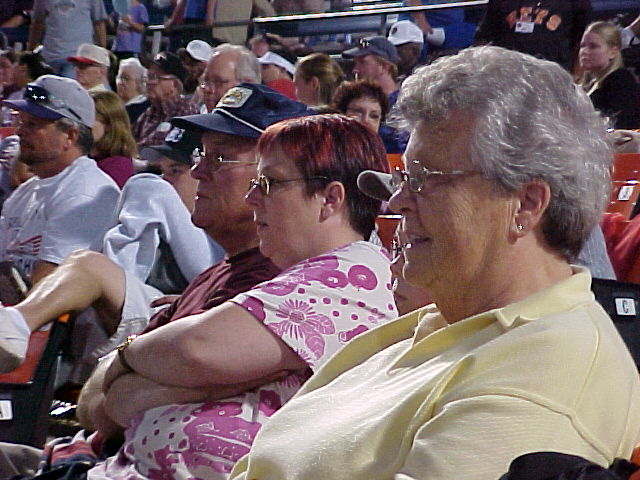 And here is the whole group, or most of it, at the Swart residence in Arlington. 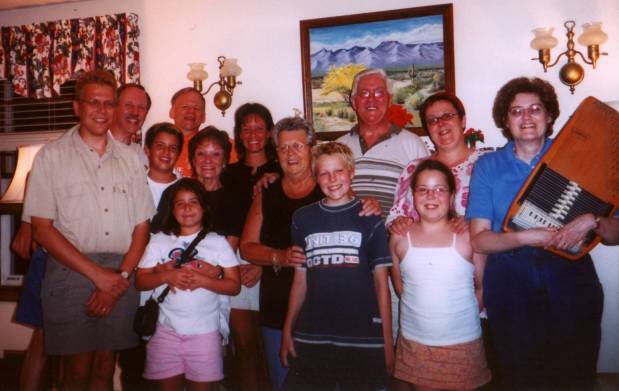 The Swarts did lots of neat things in the US: